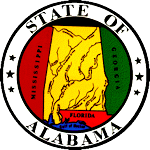 The State of Alabama is in trouble with parents of college-bound students. Like seventeen other states, Alabama created a tuition savings program designed to cover the cost of tuition to a state college or university. The Alabama program, called PACT (Prepaid Affordable College Tuition), bears the state’s implicit guarantee that participants will save enough to pay for college.

But with the crisis on Wall Street we find that PACT managers, hired by the trustees, were counting on the stock market to generate growth in the fund; in fact, 72 percent of assets were in stocks a year ago. As a result, PACT’s losses are the largest of any state tuition savings plan. Suddenly the fund is in no position to cover its obligations, and its trustees are saying they never really promised that it would in the first place.

It’s true that contracts executed between 1990 and 1994 state that the program “guarantees payment of undergraduate tuition,” while later contracts state more ambiguously that the program “will” pay tuition. But according to the Birmingham News, state attorneys now argue that the state “always lacked the legal authority to guarantee payment.”

In other words, if you took that PACT name literally, you’re a sucker.

Just as an aside, an accounting error overstated the fund’s assets by more than $22.6 million until an independent audit reported the error in February 2008. It doesn’t give the impression that PACT trustees have been on the ball.

Unless the state takes extraordinary steps, parents who participated in PACT and whose children are not yet enrolled in college are likely to have to take a loss by withdrawing from the program. This means they recover only their initial investment, less fees.

The board of trustees has held a public meeting about the problem, but has been slow to release financial statements and audits. The 2008 statement is scheduled for release after the board meets again on March 24.

The state’s credibility is taking a huge hit because of the PACT debacle. Extraordinary measures to replace the program’s losses are justified, not least because failure to do so will place a large number of families in a position where they cannot afford to send a child to college.

Revised to clarify that “PACT” is the name of the Alabama program, not of all prepaid tuition programs.